Vertex tries to determine the “stronger” GPU for decoding and display, as well as using “weaker” GPUs for the control monitor. But if this does not work, the decoding might happen on the weaker GPU, resulting in a bad performance. On the NVIDIA performance monitor, this issue looks like this: 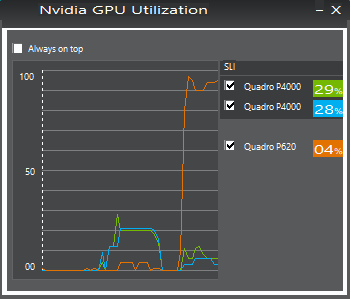 The “weaker” Quadro P620 does all the work, while the stronger P4000s do nearly nothing. In such a case, the output most likey stutters, and can have all other kind of issues as well (missing parts of the displayed content, freezes, etc.).

In this case, set the GPU assignment within Vertex accordingly. It’s a persistent setting of the local System: 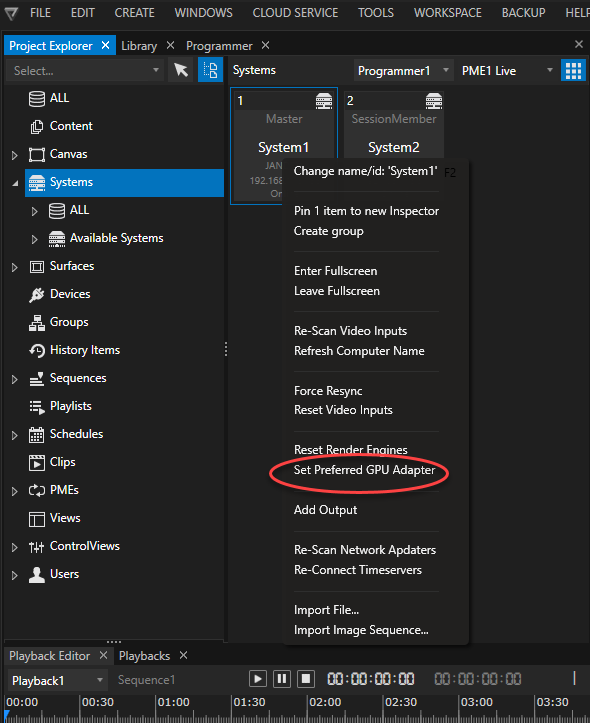 With this setting you can set the preferred GPU adapter for rendering the output. There is also a setting to assign the GPU for the UI.

After assigning the GPUs accordingly, a typical load graph during video playout looks like this: 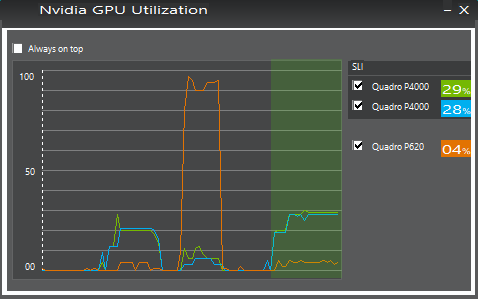 Needless to say, that such a performance graph also should indicate a flawless, smooth playback.

We use cookies to ensure that we give you the best experience on our website. If you continue to use this site we will assume that you are happy with it.Ok